In Ploomber 0.14, we introduced a new feature to allow users of editors such as VSCode and PyCharm to develop modular and maintainable pipelines using .py scripts. This blog post summarizes how this integration works.

Jupyter is the most popular tool for developing Data Science projects; it offers an interactive environment to write literate programs that manipulate data. Furthermore, other editors and IDEs have embraced this idea with a few changes.

For example, Spyder introduced the percent format, which allows users to represent “notebooks” in .py files by splitting cells using a special # %% syntax, to represent each cell:

IDE tools such as VSCode and PyCharm have adopted the percent format since it provides a balanced experience between regular non-interactive .py scripts and .ipynb notebooks.

How our integration works

Ploomber helps users develop modular and maintainable pipelines, where each unit of work can be a script, notebook, or function. For example, a pipeline that uses two input datasets may look like this:

However, one still wants to get that injected cell when developing interactively. Thanks to our Jupyter integration, the cell injection process happens automatically when the user opens a file, and we’re now bringing that functionality to other editors. With our new integration, users can inject the cell in all their scripts by running a single command: 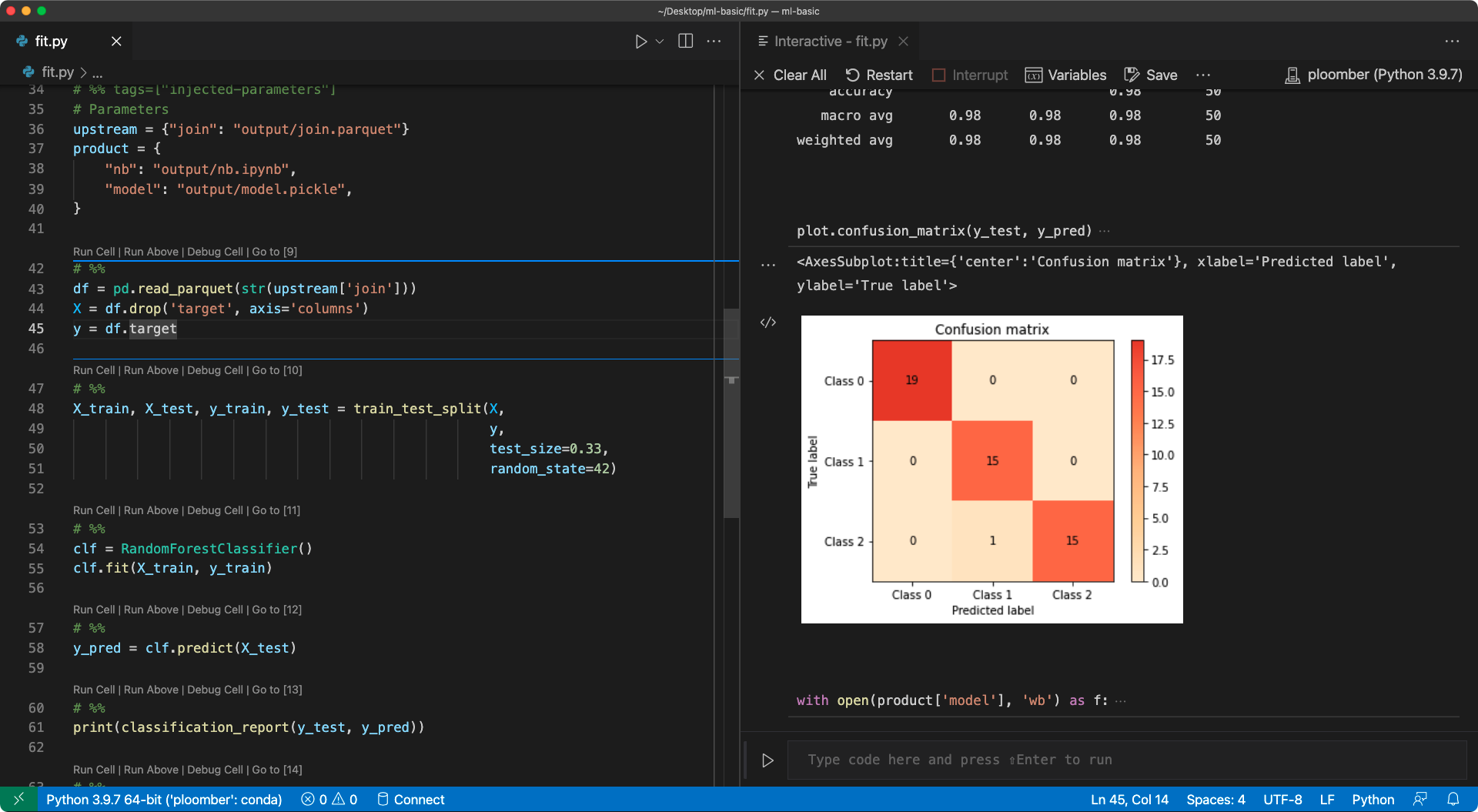 If you want to learn more, check out the user guide.

Get started in a few simple steps:

*You will need to make sure your IDE supports percent format

The percent format is a great way to do data analysis interactively and keep the benefits of using .py files (like running git diff). In addition, by adopting Ploomber in your workflow, you can now break down your analysis logic in multiple steps to produce maintainable work and increase your team’s collaboration!

With this new integration, we want to support users from other editors and IDEs, so each team member can use whatever tool they like the most and collaborate smoothly; if you have any questions or suggestions, please join our community!

Build modular and production-ready pipelines with Ploomber and RStudio

Today we&rsquo;re happy to announce Ploomber&rsquo;s integration with RStudio. You can now use Ploomber to develop …

We presented a shorter version of this blog series at PyData Global 2021. In the first two parts (part I and part II), …

Jan 03, 2022 - 11 Min read
This site uses cookies. By continuing to use this website, you agree to their use.I Accept